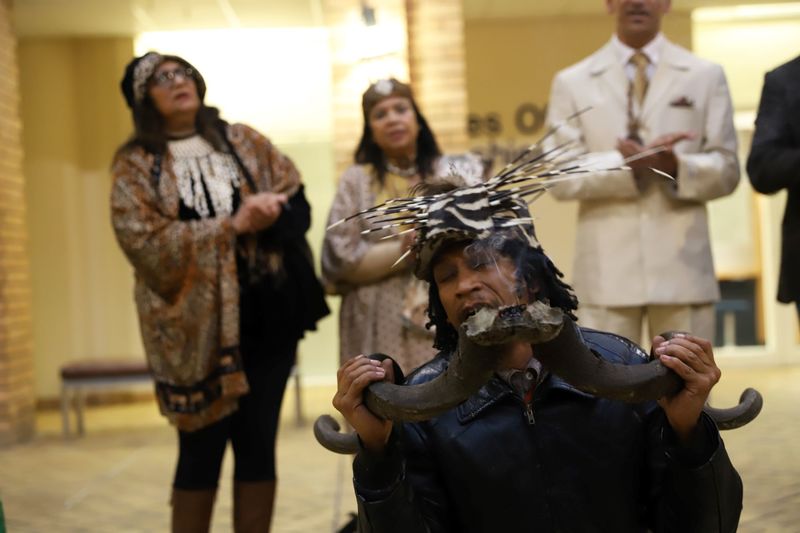 Through its Research Development Fund, the Worldwide Universities Network (WUN) has thrown its weight and funding behind the establishment of the San and Khoe Research Unit at the University of Cape Town (UCT).

The San and Khoe Research Unit is an interdisciplinary unit that will address important research questions around indigeneity, identity, non-racialism and anti-racism within the framework of land reform and language restoration. It will also host cultural programmes, programmes on research ethics and the repatriation of unethically acquired human remains.

The research unit is the result of a partnership between UCT, traditional San and Khoe leadership structures and non-governmental and civic organisations. Development towards this partnership began in late 2016 as a result of a decolonial community engagement process on the ‘precolonial’ at UCT’s Centre for African Studies (CAS), which eventually led to the formation of the A/Xarra Restorative Justice Forum in 2018.

Part of the basis for the formation of the forum was work towards the establishment of a San and Khoe Research Unit. The forum now comprises 12 traditional and civic structure representatives, which include West Coast and Northern Cape communities, with growing interest from across the region, including an emerging research structure initiated and led by young female scholars.

Among its work to date is the leading of an intense and nationwide community engagement process between 2017 and 2018 for the renaming of the Jameson Hall to the Sarah Baartman Hall at UCT, and the forum’s integral role in the ongoing Sutherland Reburials Project, both of which form part of the larger restorative justice process of language and cultural restoration.

Plans for the unit will take a phase-in approach over five years, with work already underway. The funding from WUN, which amounts to 10 000 GBP, will ensure the implementation of key initiatives by and in the unit.

Among these is the mainstreaming of KhoeKhoegowab, an endangered language of the San and Khoe. Ultimately, the goal is to adopt KhoeKhoegowab as the fourth official language at UCT. Progress on this has already been made. In 2019 nearly 100 students, half of whom are from San- and Khoe-identified communities, undertook and graduated from the KhoeKhoegowab Foundation Course, facilitated by UCT’s Centre for Extra-Mural Studies.

Another key initiative is the establishment of the Krotoa Chair in San and Khoe Studies by 2022. This is in recognition of Krotoa’s historic role as an indigenous knowledge holder, linguist, peace broker, diplomat, political strategist and negotiator at the Cape. As a historical figure, Krotoa has been grossly misunderstood and misrepresented in Eurocentric histories yet she played key roles in 17th-century Cape in the historical formation of present-day South Africa.

The responsibilities of the individual occupying the chair will include profiling the unit’s work through, among other things, a high research output and interdisciplinary decolonial PhD and postdoctoral programmes on San and Khoe studies.

Additional initiatives include the production of an international peer-reviewed volume of research outputs, a digital decolonial archive, the development of decolonial research ethics frameworks and regular cultural and heritage events, which will be accessible to the public.

‘Restoring what has been lost’

Heading up the unit is CAS’s Dr June Bam-Hutchison who was appointed the unit’s interim director on 1 April 2020.

Over the next few months, they will be conducting online workshops aimed at co-designing a “digital exemplar in shared indigenous concepts”. The group had intended to have their first in-person workshop at UCT in September 2020 but, due to COVID-19, this may be postponed to 2021.

Despite the possible postponement, Bam-Hutchison is optimistic by what the San and Khoe Research Unit will achieve.

“What I look forward to most is the establishment of a global research initiative in indigenous languages and knowledge that will impact on policy and the transformation of curricula and the contextual mainstreaming of this knowledge within the centring of our understanding of landscapes and cultures,” she said.

“[It is about] restoring what has been lost and restoring African and erased global languages as intellectual languages.”

This article was originally posted on www.news.uct.ac.za Please see link below: